As children of God, Christians must seek to imitate their heavenly Father by taking up the ministry of peacemaking. 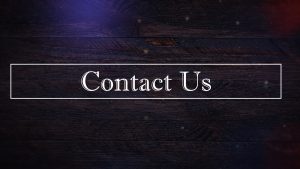